Browning’s Honey produces on a consistent annual basis, over a million pounds of superior quality clover and orange blossom honeys.  Our natural, raw, unfiltered creamed honey is prepared using a unique process we have developed and perfected from its beginnings in the 1930′s.  We have since added our delightful array of flavored creamed honeys using only outstanding natural ingredients to retain the purity and quality we are known for.  Our focus originated as, and continues to be, bringing honey to the consumer marketplace of unsurpassed distinction.  We take great pride in the process from start to finish, from the methods we utilize in beekeeping and extraction, to the gentleness and expertise we use in preparing the product for sale.  You may rest assured that you will not find a higher grade honey anywhere. 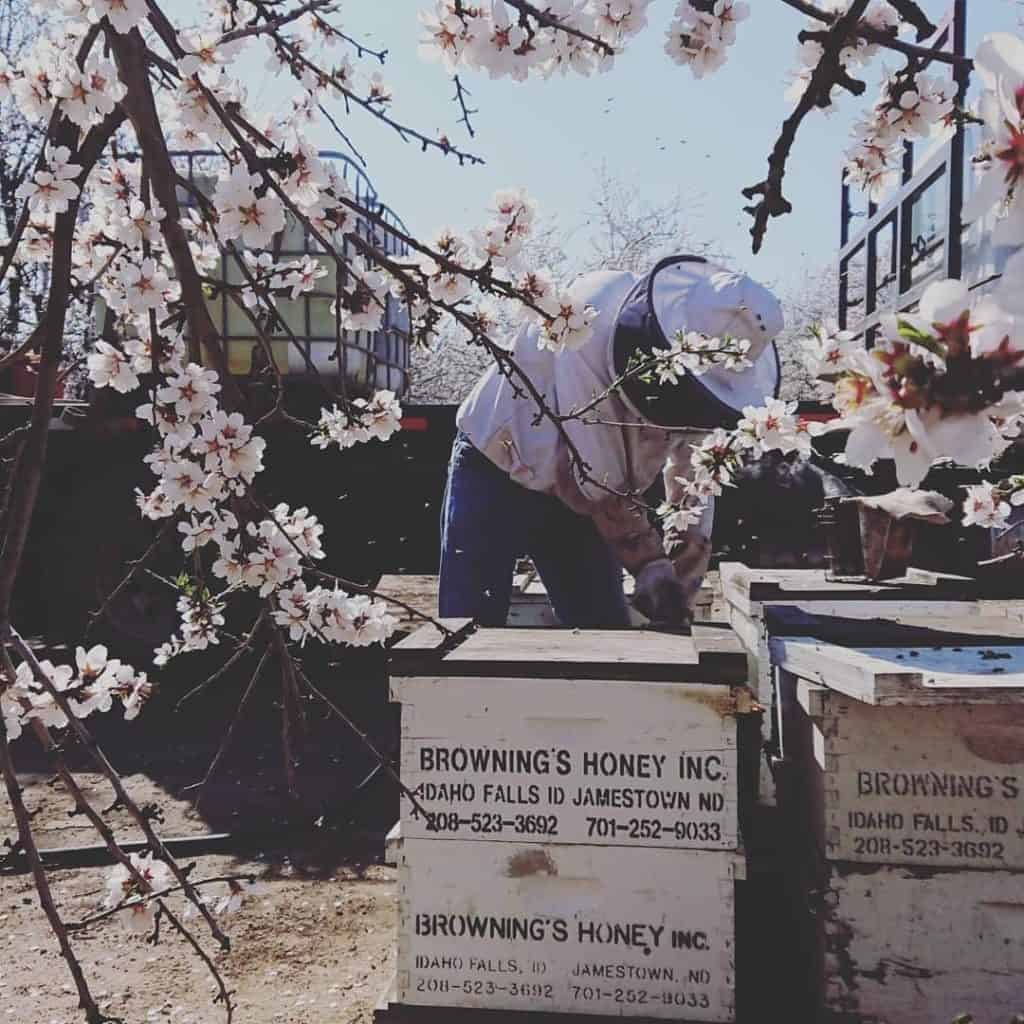 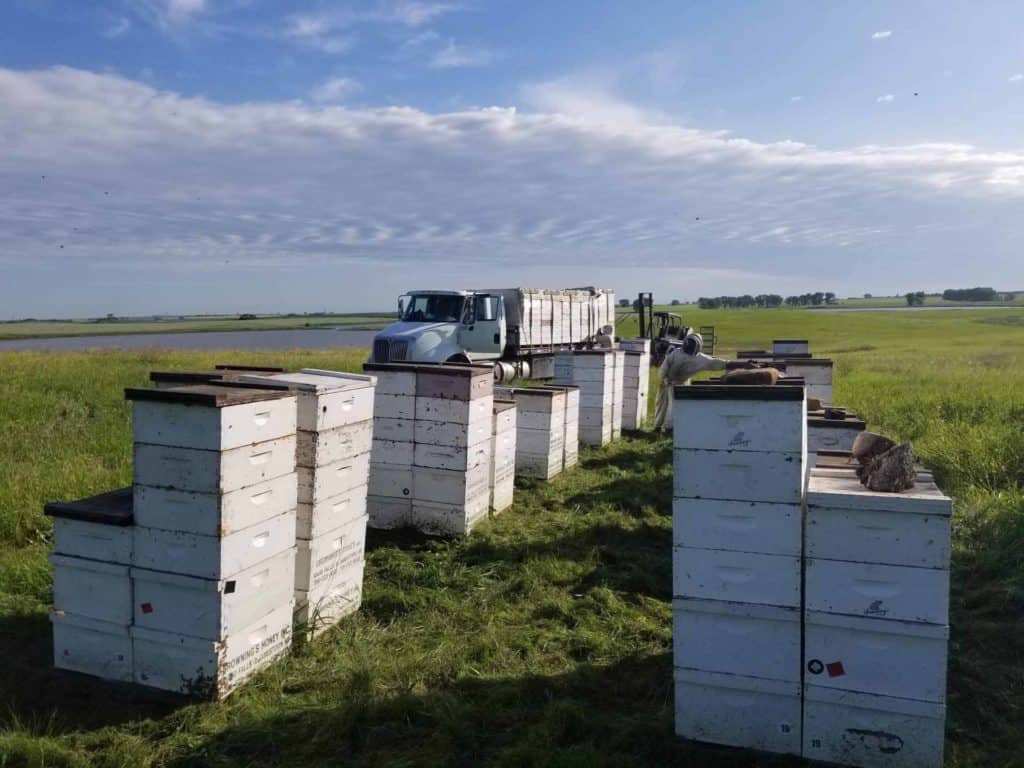 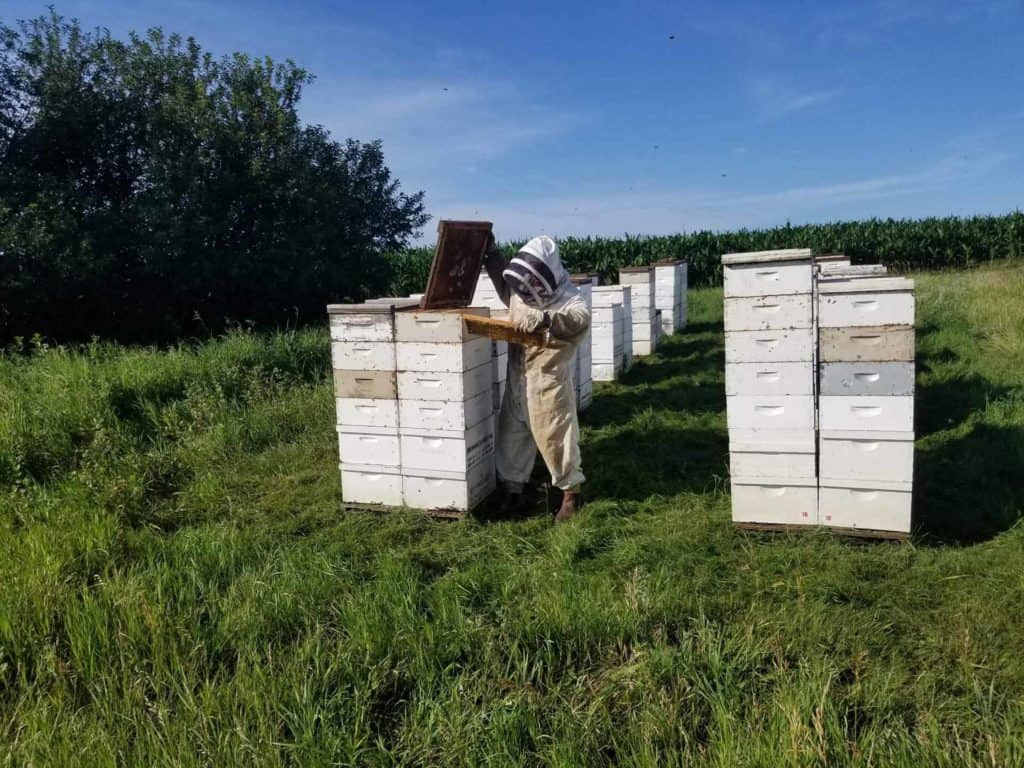 Browning’s Honey Co., Inc. had its beginnings in 1921 when a young Elmer Browning embarked on his lifelong adventure of beekeeping.  Working for a local beekeeper, he acquired his first hives and immediately set about making his acquisition grow.  Joined in business a few years later by his father, Lee Browning, father and son kept the fledgling enterprise thriving through the difficult times of the Great Depression and WWII.  In 1932, Elmer married Grace Mikesell, who became his lifelong business partner, and always worked at his side.  Joined from time to time in business by various friends and family members, and holding down second jobs when required, Elmer and Grace remained at the forefront of the business and continued to expand whenever they could.  By the late 1950’s, the business had grown to a size where the couple could no longer operate it alone.  Their son, Merle, just out of the Air Force, brought his new bride, Wendy, and returned to Idaho Falls to work with Elmer and Grace.  Merle worked the bees, Grace extracted the honey, Elmer made creamed honey, and together, family members helped to package the honey for sale.  Elmer operated several delivery routes throughout Idaho, Utah and Wyoming.

Throughout the 1960’s and 1970’s, the business continued to grow markedly.  As they came of age, Merle’s sons, Tom and James began to go to work with him in the bee yards.  They continued to work throughout their school years, and when they returned home from church missions in the early 1980’s, they joined the business full time.  Merle’s younger son, Zac, began working with his father and brothers during this time, and also joined the business full time in the mid 1990’s. Over the years, numerous family members have worked full or part-time in the business, all contributing to make it what it is today.

In 1976, the company sustained significant damage from the Teton Dam collapse. The extracting and main packaging facilities were located in Rexburg, ID at that time.  The warehouse was destroyed and had to be replaced.  The company rebuilt north of Idaho Falls, where the corporate headquarters is still located.  A new harvesting and shipping facility was constructed near Jamestown, ND, in 2005, housing the most updated and efficient equipment available.

Today, Browning’s Honey Co., Inc. has grown into one of the largest beekeeping and honey production companies in the United States.  Browning’s consistently produces over a million pounds of superior quality clover honey per year in Idaho, North and South Dakota, and Nebraska, as well as varied quantities of Orange Blossom and other specialty honeys.  In 1982, the company began migratory pollination work.  Browning bees pollinate many varieties of crops such as almonds, apples, pears, plums, cherries, nectarines and canola in several states, including California, Texas, Oregon, Washington and Idaho.

Now in our fifth generation of beekeeping, Browning’s is proud to carry our tradition and standard of excellence into the future. 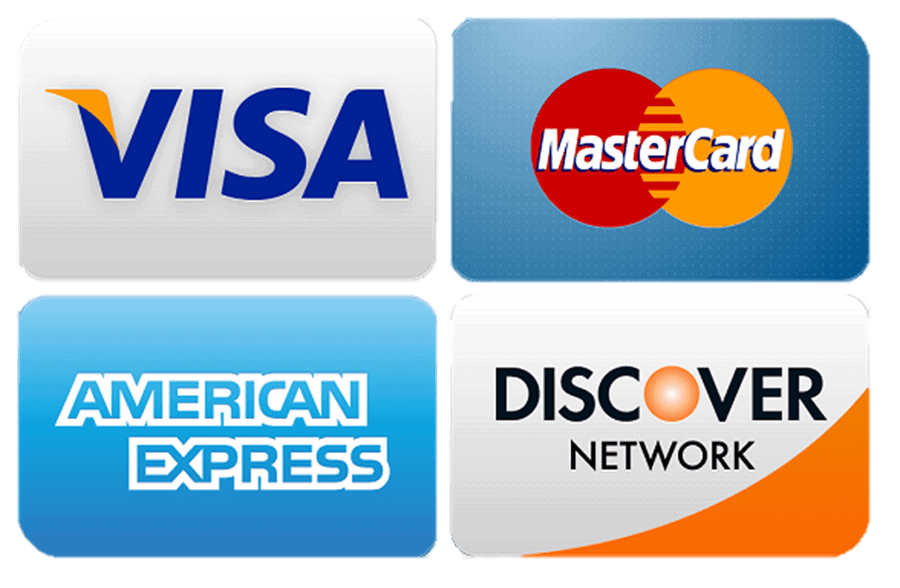